You are here:
GeorgiaTouringTouring Imereti 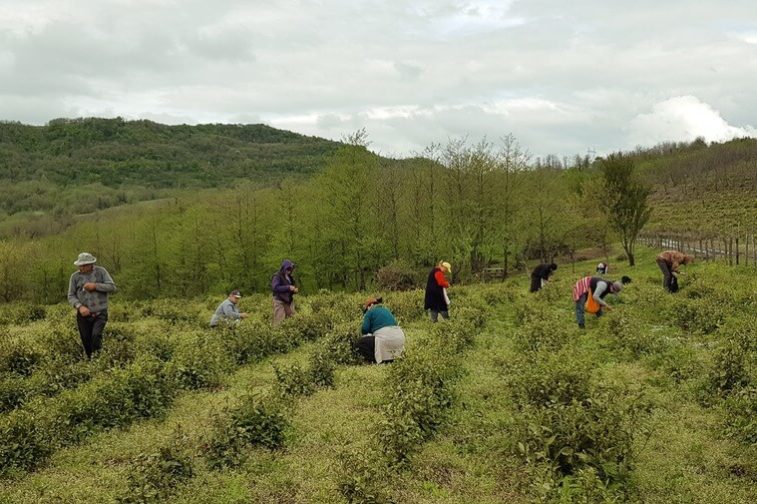 Batumi tea fields? Nothing of the sort! Georgia’s real tea Eldorado can be found on the edge of the Imereti region, in Tkibuli – a town which along with nine surrounding villages and 45 settlements is known as the ancient land of Okriba.

Western Georgia – a mere 30km from Kutaisi – this is where you find Tkibuli – at first sight, a town like any other – but only this place has a mining past and a tea flavoured future.

The collapse of mining miseries

Historical sources mention Tkibuli for the first time in 1071 (or else 1259 according to other authors). During feudal times, the settlement belonged to the highly respected Agiashvili clan, and yet it reached the peak of its glory in 1825, with the opening of its first coal mine. Back in Soviet times, four mining shafts and a coal refinery were in operation, delivering raw materials to the metallurgical plant in Rustavi and the thermal power plant in Tkvarcheli. Subsequent years saw five more mines opened – today, only one of those is left.

Along with the collapse of the USSR, the coal business in Tkibuli literally died out. The local weaving factories were also shut, putting local women out of work. Left without a source of income, locals began emigrating, most often to work in menial jobs or construction in Turkey. The town became empty, its glorious past almost erased – except for the specific smell of its coal mining deposits, something tangible till this very day, along with various relief sculptures of weaver women and miners, vintners and artists – carved in a style reminiscent of Soviet Era art. The same is true of the housing estates still standing here, mementoes of the former regime – bleak, ugly, rust coloured.

It might seem that postindustrial Tkibuli will for ever remain a minor spot on the maps of Georgia, its finer days far behind it. But then someone remembered the place had a hidden treasure – its potential for tea production.

The Georgian prince Misha Eristavi brought tea to Imereti from China around 1830 – its subtropical climate and its terraced hillsides meant this precious plant could easily be grown here. The residents of Tkibuli did not think long or hard – betting on a dynamic process of local development, they began opening small tourist businesses advertising tea making facilities, going as far as Poland to secure volunteers who provided knowledge, skills and business acumen.

At present, Tkibuli is home to five fully organic black and green tea growing enterprises. They do taste amazing, and are thus popular and widely distributed all over Georgia. The teas from Tkibuli were drunk by the likes of Josef Stalin – said to have been one of his personal favourites.

Some of the tea plantations and factories, such as Renegade Tea Estate, can also be toured by visiting guests. One can thus learn more about the history of Georgian tea and the process of its production, by talking to the welcoming hosts about life in Georgia.

And yet the best time to visit Tkibuli is during the Day of Tea. This festival is a great opportunity to take part in a range of artistic events, as well as a chance to try many local products – apart from tea, things such as chestnut honey, red and white wines from Okriba, the “Georgian tortilla” called tklapi, made from pressed fruit rinds, tkemali sauces, jams, churchkhela, Imereti cheeses and matsoni yoghurts, something the Japanese call “yoghurt from the Caspian Sea”. Before travelling there, it is worth checking when the Day of Tea is being organised, for the celebration is held at different times during each year.

Tkibuli tends to be quiet and sleepy – which is when we can stroll across the charming wooden bridge over the river Tkibula, to visit the local food bazaar, sit on the town square by the theatre or go explore Lake Tkibuli.

Tempted by potholing fantasies, we might wish to explore nearby caves: Tsutskhvati, Tskhrajvari, Chakhati, Sakazhia and Mukhura with a waterfall of the same name, falling in three cascades from a height of 70m metres. More excitement is to be had by visiting the Tskaltsitela Gorge, and the beautiful Shaori reservoir, on the other side of the Nakerala pass, on the very borders of the fairytale beautiful region of Racha.

A Trip to the Nine Crosses

Some, instead of going to Shaori, detour the other side of Tkibuli to the left. A rocky path leads through a forest for 3km to a mountain called Tskhra Jvari (1565 ASL). It is not easy to reach, but there is no shortage of those willing to try, for the sake of the amazing views to be had from the top – lakes, towns and villages, surrounded by green Caucasus hillsides – worth every drop of sweat expended climbing it.

People also believe that anyone who manges to overcome hardships and climb the peak of Tskhra Jvari will always be able to deal with anything life throws at them. As was the case with nine brave brothers from a nearby village, symbolised by the nine crosses (hence the name of the mountain) erected atop Tskhra Jvari by their father, as legends would have us believe.