Tusheti – the Georgian wild side of Caucasus

You are here:
GeorgiaTouringTouring Kakheti 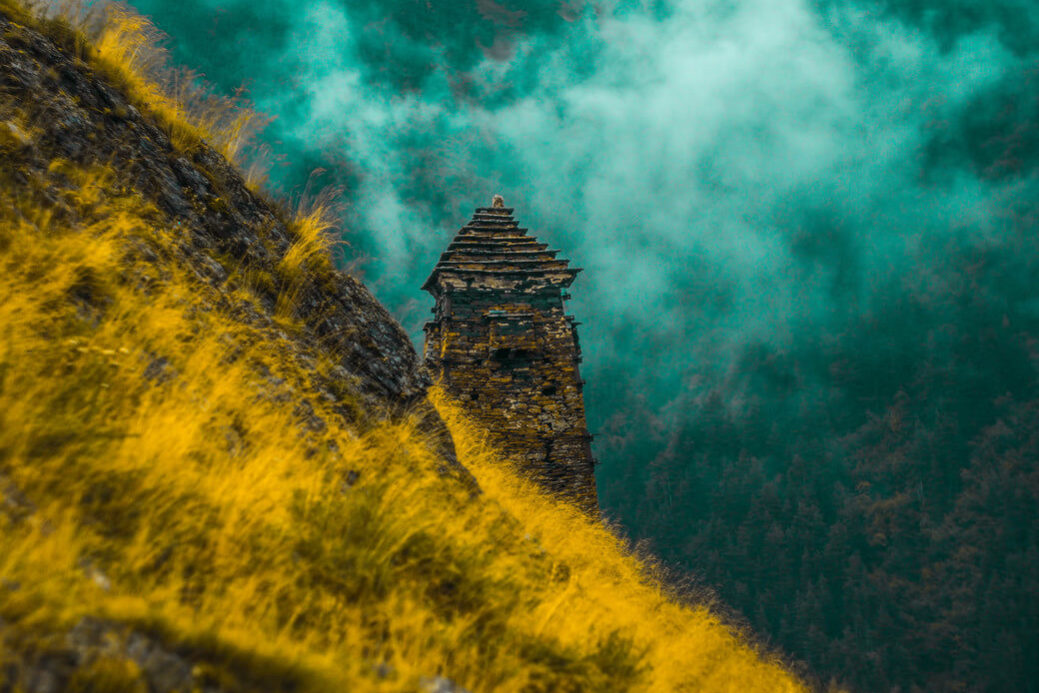 Anyone scouring the Caucasus for real wilderness, adventures, virginal nature and places unspoilt by tourism will undoubtedly find them in Tusheti. This region, situated to the East of Georgia, is reached by only the bravest travellers – those who manage to cross the pulse-raising roads to Omalo will find themselves in the very heart of Georgia’s wilds, which have for centuries resounded with incredible magic.

Tusheti is a region to the east of Georgia, located close to Kakheti, known as the lands of wine. The mountain ranges of the High Caucasus stretch right behind the lowlands of Kakheti, separating Georgia from Chechnya and Dagestan. Tushetians live among these hard to reach peaks – they are an ethnic group which has for centuries lived in physical isolation from the rest of Georgia. As a result of this separation, it remains almost untouched – unchanged from the past, remarkably natural, cut off from the chaos of civilised existence.

The road leading to the wilds of Tusheti

Tusheti is unlikely, for a long time to come, to change its nature. All because so few people ever venture out to explore it. In order to reach Tusheti, we must cross the Abano pass (2826m ASL), the highest highland pass in the Caucasus crossable by car, along with a winding highland trail – one of the highest in Europe, which has truly earned it ranking as the seventh most dangerous road in the world.

The road to Omalo, Tusheti’s informal capital city, is impossibly beautiful and incredibly treacherous, passable only for two or three months each summer. At times, even as late as June or July, it remains closed to traffic. When it seems that the weather in all of the Caucasus region is stable, here one heavy bout of rainfall can wash away whatever passes for roads in the highland reaches of this region. It is then closed for several days for repairs. Whenever this happens, Tusheti remains inaccessible to visitors, trapping inside it those who are already there. Allowing us to truly see just how little human effort means when we are faced with the full force of nature and its changeable moods.

Mamuka behind the wheel

It is no good taking risks with Tusheti and its roads. Even though we have two of our own Delica 4×4 vehicles, carrying a team of hardy, fearless travellers, in order to journey across Tusheti we hire local drivers. Just he did two years ago, a fellow called Mamuka Guluchaidze drives us to Omalo (his contact details can be found at the end of this article).

The cost of this whole escapade, including the hire of two 4×4 jeeps with drivers getting us to and back from Tusheti, as well as a one-day trip to Dartlo, costs 1600 lari. Which is not much for the assurance that we will travel in comfort and safety. It is always best to pay extra and trust local drivers, who drive these roads regularly and know full well their most dangerous parts. You can read all about risk taking, surprises and risk management needed when travelling the road to Omalo in my article Spectacular Tusheti.

Georgian end of the world

Having reached Omalo, we stop in the Tevdore guesthouse (the village is made up of two parts: Upper Omalo, called Zemo Omalo, with its ancient, medieval fortified towers – and Lower Omalo, Kvemo Omalo with residents’ houses and hostels). Yet, before we enter our cosy pension house, let us stretch our legs following a demanding and exciting drive.

We tune into nature’s quiet rhythms, hungrily swallowing the pure highland air. With each inhale of this Tusheti wilderness, our breaths slowly become calmer. With each minute, the heart no longer beats like crazy. Only to, moments later, speed up and go chasing after the spectacular views of the Caucasus mountain ranges.

In a sleepy fairytale

The Tusheti wilderness instills in us a sense of calm. We are at the end of the world. We could just lie back in the grass, stare up into the sky, and literally do nothing – if it wasn’t for the fact that we have come here to shoot a film for my YouTube channel. Today, we will be filming additional interviews and scenes. At seven in the morning, I am ready to get going. Even if that is saying a bit much. I hate getting up early. I simply love sleep and lying in – I can do it for most of every day and still want more. Now that the Tusheti dawn is chilling to the bone, I would like to go back to bed all the more. But the film won’t shoot itself – I do hope at least some of you will appreciate the sacrifices I am forced to make.

It is a brisk 13°C. It rained a bit, but then the sun came out so we shot all the scenes we had planned. I suspect images will do a better job of telling what we encountered in Tusheti than words ever can. Our cameras capture majestic peaks, wrapped in lush green grasses and towering clouds. As well as the fortified towers perched atop the slopes. Smiling kids. Endless meadows providing grazing grounds for herds of sheep. Cows taking strolls through the village, horses galloping freely along. Adventures just ready to start.

I am on horseback

Yesterday, we visited Dartlo, the most beautiful historical settlement in Tusheti. Today, the third and penultimate day of our journey, we set off on horseback towards Lake Oreti. We trot slowly across green meadows and a pleasantly shady woodland, taking in some stunning vistas along the way.

Here and there, we find remnants of pre-Christian religious cults, which to this very day shape the local culture, rather different to that typical of Georgia itself. Although in Tusheti we can wander for hours and not meet a single living soul, this is not true of the remains of various tribes which used to occupy these regions – the descendants of Tushetians and Bacbis, who just like their forefathers, lead lives today full of hardships and challenges, but which are also calm, simple, cut off from the chaos of modern living.

Along the way to Lake Oreti, we stop at a farm to sample some choban kaur – roast ram. The evening is then spent sipping Aludi, a sweet beer made of highland hops and barley, produced according to traditional recipes. The landlady of our hostel in Omalo works wonders to feed us more delicious dishes. Food and drink are things Georgians live for, something we shan’t be short of during our stay in Tusheti.

At breakfast and supper times, the dining tables are covered in deliciously filling dishes. Having said that, such feasts do not come for free – the majority of foods available for purchase in this part of the Caucasus come from Tbilisi or Telavi, the capital of Kakheti. The costs of delivering them to these highland regions are substantial. Hence, we cherish each and every morsel. This is also why beer which costs 2 lari back in Tbilisi costs us 7 lari here, which is no cause for upset or complaint.

Life in Tusheti is harsh, as it is in the rest of Svaneti. All additional requirements involve additional costs. Having said that, they allow the locals to generate additional income. Their lives really are far from easy, and yet they work wonders to make our stay with them as pleasant as possible. This is why one must work hard to respect local conditions and customs. And on the subject of customs, we must keep in mind that we are not allowed to bring with us any pork to this region – though this is a Christian community, the locals do not rear swine: the very subject of eating pork is taboo.

Freedom above the clouds

Four days into our escapade here, we ride down to my beloved Kakheti, the lands of my forefathers, the home of some very fine wines. Soon enough, I plan to be able to invite you all to come visit my own winery here. At last! So many years of dreaming, finally coming true!

Meanwhile, we have to make the journey back from Omalo to Kvemo Alvani. The winding, narrow asphalt road gets our hearts racing, offering blessed relief once we are done navigating it safely. Considering this trip is my bachelor party also – today is the 4th of August 2019, and I am due to marry Sophy on the 31 of August – seeing as she is a true daughter of Georgia, I don’t think this trip could have gone any better! All the more so that I am here with a group of wonderful travellers, the likes of which I am lucky enough to meet in my line of work all the time.

Faced with the wild majesty of the Caucasus region, I wonder who Tusheti is suited to – and come to realise it is probably for those who love nature and want to take a rest from the world. For those who are not afraid to journey there along one of the most dangerous roads in the world. Those who love mountains and the HBO show Wataha, local peaks submerged in fogs which conceal all sorts of secrets. These head-spinning roads which climb up above the cloud line. All this helps give the region its own, unique character – here, in Tusheti, we can really experience the fairytale aspects of life on our planet, along with traces of ancient belief systems. One can sit with a guitar, sing some old love songs and feel on top of the world!

Join me in touring Tusheti