Why do Georgians love Poles?

You are here:
Culture and lifeGeorgiaGeorgian impressions 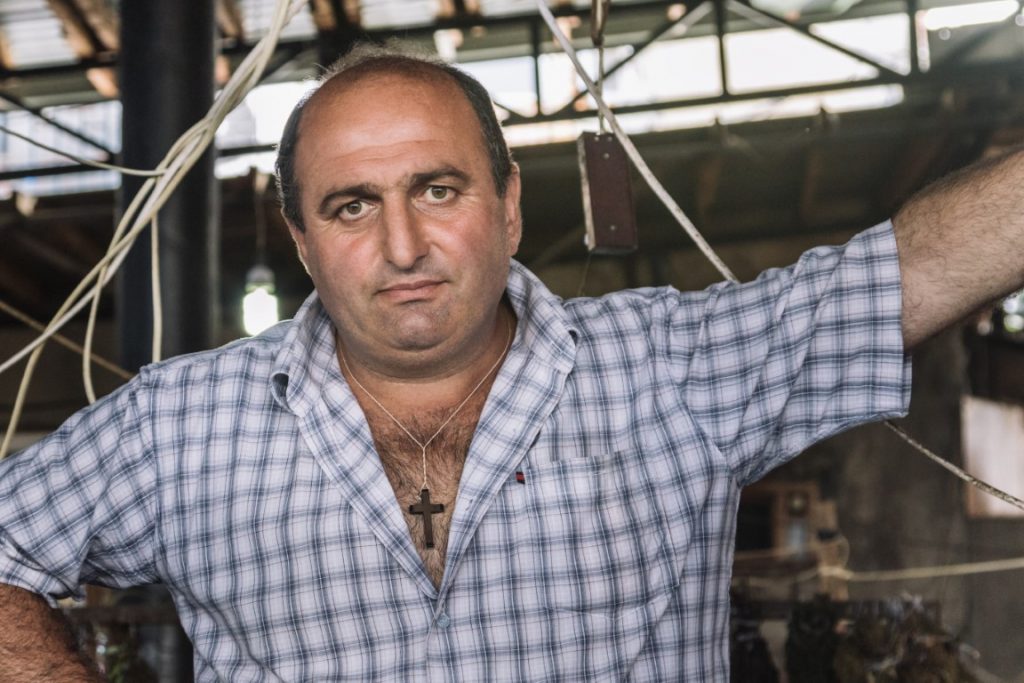 I receive numerous queries regarding the love Georgians feel for Poles. I would like to look at the causes of this affection from a broader perspective – not just in terms of popularising Georgia as a tourist destination and the war fought here in 2008, when the Polish president Lech Kaczyński backed the Georgian side. Let us talk about the old days, allowing me to also share with you some interesting tidbits of cultural knowledge, helping to explain why Georgians and Poles share this strong bond.

United by a common enemy

Talking about Georgian-Polish relations, we are in fact talking about more than 200 years of an incredibly potent friendship, born out of historical events which impacted profoundly on both nations.

Poles and Georgians forced to fight for Russian Tsarist armies, or else sent to labour camps in deep Russian territories, had ample opportunities to become blood brothers in arms. Which is what happened, as did many other things. Seeing as the insurgents tended to come from well educated social classes, they used their intelligence and skills to somehow survive the hell of war and exile. In this fashion, Poles wrote themselves into the annals of Georgian history as remarkable architects, cartographers, road and railway builders, doctors, botanists and writers. The fates and achievements of the likes of Mateusz Gralewski, Ludwik Młokosiewicz, Józef Chodźki and Franciszek Ksawery Pietraszkiewicz are outlined in detail in my series of essays titled Polish Migrants and Exiles in the Caucasus of the 19th century (5 parts). Chodźko and Młokosiewicz are also worthy of greater attention – the latter set up a Georgian school, a nature reserve in Lagodechia (today’s national park), citrus groves, tobacco and hops plantations, but also found a way of combating malaria, something the locals felt very grateful towards him for.

Interestingly enough, Georgians were in turn deported to Poland and also active there. Their presence was most felt in the cities of Bydgoszcz, Aleksandrowo Kujawskie and  Ciechocinek, which still retains some architectural remnants of the presence of Georgian exiles there.

Considering the circumstances, when a war in Southern Ossetia broke out in 2008, the bond between Poland and Georgia strengthened further – Russia supporting the Southern Ossetia and Abkhazia Separatists. On the 12th of August 2008, peace demonstrations took place in Tbilisi, along with a rally in honour of Lech Kaczyński, who had said that it was the responsibility of the international community to get in the way of Russia’s imperialist aspirations. And the outcome of that? Delighted Georgians cheered and called: “Poland, Poland! Georgia, Georgia!” and added streets named after Maria and Lech Kaczyński to those named after other great Poles, such a Adam Mickiewicz. This love of Poland’s tragically killed president is widespread throughout Georgia – one can find his portraits on display here and there, often with a Christian cross attached in honour of his passing.

Little has changed here over the years – the fates of the Georgian and Polish nations quite alike in their struggles for independence. For centuries, we have had to contend with invaders, problems, with wars and poverty – in both cases both nations coming out stronger than ever before.

Different, and yet the very same

Georgians and Poles are equally valorous, and also like good wines, beautiful women, song and our great literary traditions. Poles who visit Georgia tend to feel right at home, hence Georgian jokes about how nice it would be to have a shared border between the two countries.

Furthermore, all those who come to visit Georgia will fall in love with its cuisine and landscapes – raising countless toasts to their nations with the locals – Gaumarjos! Toasting courage, pride, histories, Georgian anarchy and the way in which neither Pole nor any Georgian has ever bowed before invaders – all those who have come at us and attacked has found us far too tough a nut to crack.

There is one more interesting thing to consider when travelling to Georgia: Polish products are highly valued here, and any time anyone says they have something “Made In Poland” – to them means it is a quality product. This, along with the convenient way businesses can be set up in Georgia, means a lot of Poles pack their bags and move to the Caucasian Paradise to fulfill their dreams of working for themselves. Once they actually arrive, it turns out they were right all along, for the weather is grand, the views stunning, the food – just heavenly – and Georgians themselves the most hospitable people on Earth.

What else is worth admiring? I once attended a Georgia-Poland football match, witnessing in person how the Georgian fans cheered both nations on! And during recent Euro competition matches I saw with my own eyes Georgian flags flying in the Polish stands when Poles played against other European countries. Now that is true love, true brotherhood and real friendship between nations, overcoming differences and divisions, rising high above the Caucasus and touching all our hearts, all our guts, all our minds. The best wine, the best spirits, the best foods, and those stunning Georgian vistas – just as pretty as anything to be found in Poland.

And just to make things a little more down-to-earth, I should warn you that Georgians are not fans of Polish men. Why? Because… Georgian women do love blond, blue-eyed Poles, finding their looks irresistibly attractive. Which, now I come to mention it, is how Georgian men see Polish women – and thus centuries of cultural exchange and national friendship keep on rolling through this journey we call life 😉.